In The Blink of My Eye 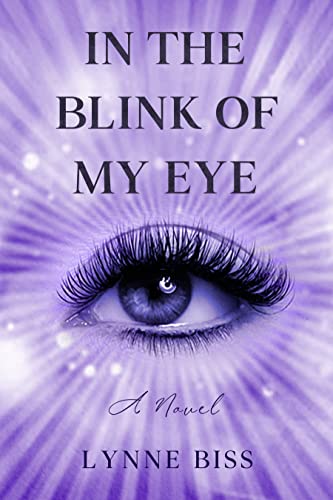 In the Blink of My Eye: A Novel

Cherish your yesterdays, Dream about your tomorrows, Live your best todays
Reagan Kathleen McDonald was born into a large Irish family. She came into this world with a smile on her face, a twinkle of mischief in her eyes, and a heart full of love. Follow her throughout the roller coaster ride of her life encompassing the humor, romance, drama, hurt, pain, rejection, yet joy of the stages she would go through, grow through, dance through, laugh through and cry through.
Her loves and loses will have you on an emotional high and then drop you in to the depths of despair until you reach that last hill. Will there be a light at the end?
Click here to get In The Blink of My Eye on Amazon / Kindle 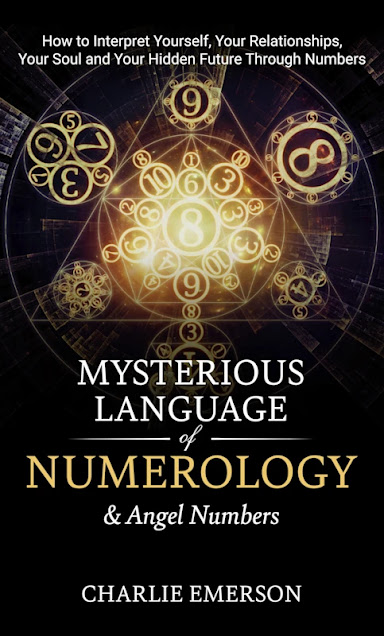 The Mysterious Language of Numerology

How to Interpret Yourself, Your Relationship, Your Soul, and Your Hidden Future Through Numbers

There are messages and signs around you all the time... Do you know how to interpret them and use them to light your path?
Did your grandmother ever tell you to make a wish when the clock struck 11:11?
Many people grow up knowing that some numbers are considered lucky… But not many people stop to wonder why.
But there’s a good reason, and the answer lies in numbers.
So much of life seems impossible to control.
How can you plan for the future when you don’t know what will happen along the way?
How do you know if you’re making the right decision?
Can you trust that you’re reading any given situation, right?
The chances are, you’re familiar with some of these worries… After all, they’re a central part of the human condition.
But the truth is that the universe does send you signs.
Your angels are out there to guide you. The trouble is, you have to know how they’re communicating – otherwise you’ll miss the message.
And many people do.
But listen hard enough, and you’ll hear people talk about the magic of numbers… For example, Kylie Jenner, Jennifer Lopez, and Madonna have all said they’ve seen the power of numbers firsthand.
However, Numerology can be difficult to spot until you’re tuned in and know how to pay attention.
After all, numbers are everywhere – how do you know which ones are communicating something important to you?
You might be surprised to know that it’s actually very simple… As long as you know the code. Just like any kind of communication, understanding it requires you to speak the same language.
And Mysterious Language of Numerology and Angel Numbers is your answer to understanding that language. Inside, you’ll discover:
And much more.
Angel numbers have a clear message to impart, and when you understand that message, you begin to understand yourself and your life path more clearly.
The problem is until you speak the language, you’re in the dark… But here’s your solution to shining light on the mystery. Uncover the secret language of angel numbers, and watch as clarity unveils itself in every corner of your life.
Click here to get The Mysterious Language of Numerology
on Amazon / Kindle
Also Available on Kindle Unlimited 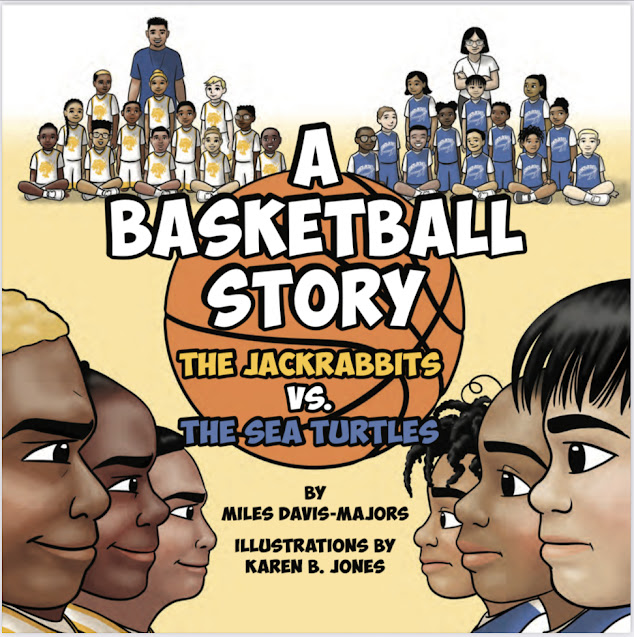 A Basketball Story follows Coach Miles Davis and his youth basketball team on their road to victory. But as the team inches closer to the championship game, Coach Miles notices something different about the players; has their winning streak gone to their heads? Will they be able to put their pride aside before the big game, or will they crumble under their own hubris?
Entertain your child with this thrilling tale while teaching important life lessons, such as:
How to remain humble, even when experiencing success
To maintain a positive outlook in the face of adversity
To focus on the bigger picture

Click here to get A Basketball Story on Amazon / Kindle

The Magic Word: Thank You 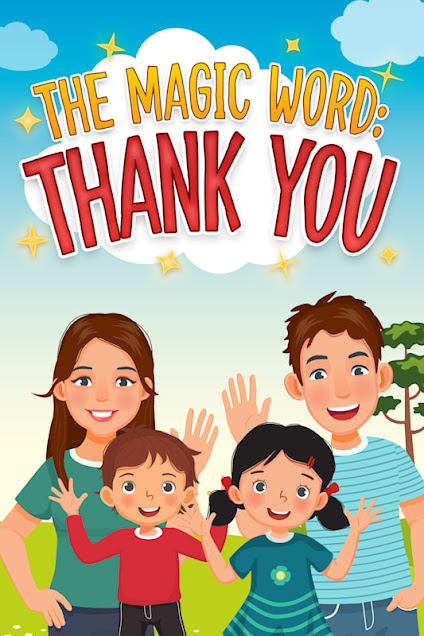 THE MAGIC WORD: THANK YOU

Aiden and Emma are twins whose parents have always taught them to be thankful.
They not only say thank you to people who do something for them, but they also teach others to say thank you.
The twins are helpful to everyone around them; for that they are loved.
Available in English, Spanish, German, French, Italian, and Portuguese.
Click here to get The Magic Word on Amazon / Kindle
Also Available on Kindle Unlimited 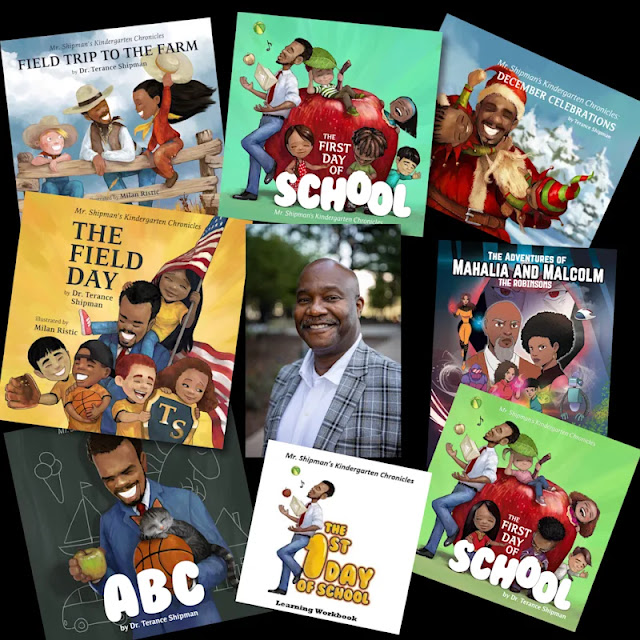 Team Shipman Publishing 5th Anniversary Celebration www.teranceshipman.com
Dr. Terance Shipman is a 28-year veteran teacher. He spent much of his teaching career working with elementary aged students. In fact, he spent his first 11 years teaching kindergarten! He is proud to say that he built strong relationships over those years and has an incredible network of his students and their parents and co-workers that he has remained in contact with over these years. Dr. Shipman calls this ever-developing network “Team Shipman”. Through Team Shipman, Dr. Shipman offers continual encouragement, leadership, and mentorship to his students, their families, and his professional peers. Dr. Shipman currently teaches middle school and extends membership to Team Shipman to his current students and their families, as well.
Find his books at
www.teranceshipman.com
or on
Dr. Terance Shipman's Amazon Author Central Page 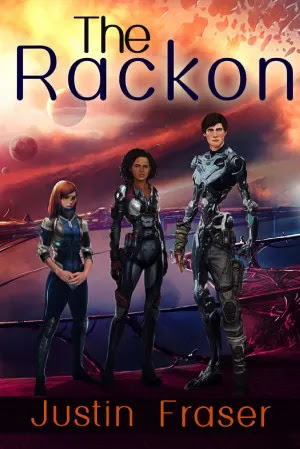 Two space-faring women take on special assignments with a tendency to brush with cosmic horrors. One is a coward and genius, the other stoic and mad. With only a man of metal joining them aboard a massive cargo ship - the Rackon - will they survive the terrors of space?
Click here to get The Rackon on Amazon Kindle
This book also Available on Kindle Unlimited 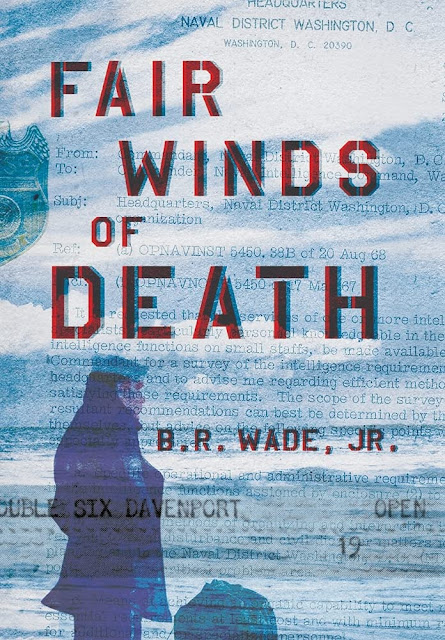 Decades before NCIS became a television hit drama series, the real men and women of the Naval Investigative Service (NIS), both Navy and civilian personnel, solved case after case around the world without the help of personal computers, cell phones, DNA, or the Internet. They had to rely on dangerous street work, investigative skills, logic, experience, and information derived from informants to put the bad guys in the brig. And sometimes, plain old luck was the key factor.

In 1971, Lieutenant Commander Marcus Colt is the top internal affairs investigator for the NIS Washington D.C. headquarters. When the unusual cases come across the desks of the top Navy brass, this decorated officer is the one who gets handed the job. He is intelligent and driven to always succeed, but his somewhat short temper and touch of sarcasm can complicate things. For this latest case, his youthful looks and uncanny investigative skills are essential as he goes undercover as a junior enlisted man in Norfolk, Virginia.

His mission is challenging: quickly find and stop the leaks of sensitive NIS information that have resulted in the murders of at least four confidential informants on the Norfolk Navy Base. To accomplish this difficult task, he has to build close relationships with all the personnel in the NIS unit, invade their privacy, and dig up all their secrets all while keeping his true identity and mission from them.

As the case takes unexpected twists and turns, loss of an old love, meeting a high-ranking officer’s daughter, avoiding assassins, and overcoming his own personal guilt from a previous Vietnam mission add complexity to the assignment. But both new and old friends and coworkers give Marcus the help he needs as he works to solve this case before time runs out and someone else dies.

Click here to get Fair Winds of Death on Amazon / Kindle

Billy R. Wade, Jr. enlisted in the U.S. Navy Reserve in 1969. After being called to active duty, he graduated top of his class from both basic training at Naval Training Center (NTC) Orlando, Florida and Yeoman ‘A’ School at NTC Bainbridge, Maryland.

After this training, he was assigned to the Naval Investigative Service Office in Norfolk, Virginia for nearly two years in the early 1970s. While there on active duty, he earned the Navy’s Pistol Marksmanship Ribbon with ribbon device ‘S’ after qualifying as a Sharpshooter with the standard sidearm at that time, the 1911 .45 ACP semi-automatic pistol.

He left active service as a Petty Officer Third Class. While it was not required, Bill spent three additional years as a weekend reservist at his local Navy Reserve Center assisting with the clerical demands of the center, a Seabee unit, and a training course development unit.

He holds degrees in Business Management and Computer Science, and studied marketing at the University of South Florida. Born in Roanoke, Virginia, he spent his teen years and much of his adult life in the Tampa Bay area of Florida before escaping to the mountains of West Virginia.

While new to fiction writing, Bill has written several technical “how-to” articles that were published in hobby magazines. And he is nearly finished with the next adventure for his Fair Winds protagonist, Marcus Colt. He attributes his new love of fiction writing to surviving brain surgery a few years ago. As Bill phrases it, some of the connections in his brain have found “new and definitely different pathways.”

In addition to writing, he owns and operates a hobby kit manufacturing business on his property in rural West Virginia. Bill helps the local volunteer animal shelter by fostering rescue animals with special needs. When not cutting firewood or shoveling snow, he spends his little free time staying proficient with his Colt 1911 .45 pistol to better assist with security at his church. 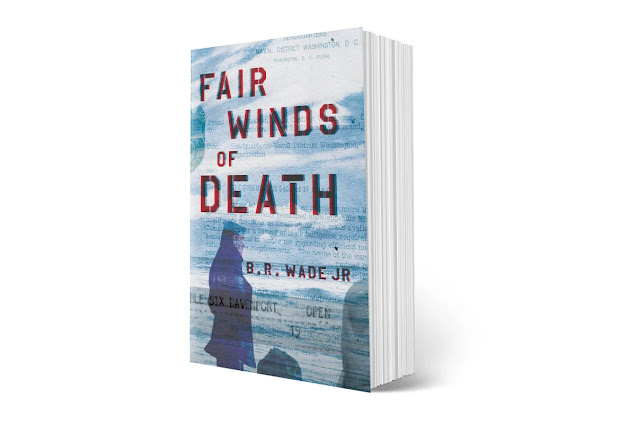 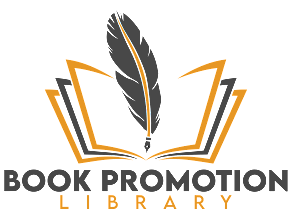 Authors and Readers Click the Image Above to Join

The Book Contest We Recommend

Our Top 10 Books of the Year